Fire Management in the PNW 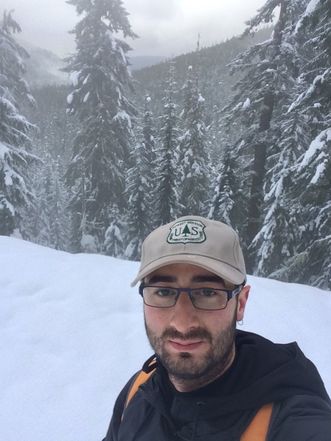 Hailing from Greece, Palaiologos Palaiologou, better known as Pal, has spent the last few years in the Pacific Northwest to further his studies in geography and forest management and consider how these factors contribute to the changing presence of fires in our landscapes.
In his youth, Pal developed an interest in geography and its effects on global societies, which directed him to gain a better understanding of the effects geography plays on countries and regions of the world, through university studies. After primary schooling, he studied at the University of the Aegean in Greece, obtaining a Bachelor’s degree in Geography. He then went on to earn a Master’s in Geoinformatics and PhD in Wildfire Behavioral Behavior Modeling & Fire Effects and Assessment.
His first visit to the United States resulted in a seven-month residency in Portland, OR in collaboration with Portland State University. For the last year and a half, Pal has returned to Oregon with support from the USDA U.S. Forest Service International Visitor Program and Dr. Alan Ager, to work collaborating with the USFS Forestry Sciences Lab Fire Science Lab at Oregon State University and OSU Fire Science Professor, Dr. John Bailey. When his international visitor program concludes later this academic year, Pal will return to Greece to share the knowledge and insight he has gained from his scholarly residency in Oregon and the PNW.
Pal’s research with John Bailey and Alan Ager has been intimately linked with the U.S.’s new National Cohesive Wildland Fire Management Strategy, which includes using fire behavior simulations to understand risk transmission and scale mismatches in fire management planning. Some of the factors comprising this strategy require proactively pushing preventative rather than reactive policies regarding fire management, creating fire adapted communities, restoring and maintaining landscapes and targeting achieving more effective response to fire management through community rotation.
Looking towards the future, Pal would prefer to participate in University level teaching and research instead of securing a research position for a dedicated organization or company. He hopes to share his knowledge and understanding of fire behavior to better equip Greece to adapt to and manage their communities within a fire management lens. Analogous to his career ambitions, Pal mentioned that he is “fishing for swordfish now!”—the fewer, big fish that are more difficult and rewarding to catch. “Sure, there’s less chance to catch something,” he proposes, “but when you do, it’s a rewarding experience!”
After concluding his 18 months post-doc period in OSU, Palaiologou returned back to Greece. During his visit he prepared and published eight papers in peer-reviewed journals, most of which about wildfire transmission patterns and their impact on the communities of the western US. In addition, he participated in one international conference (Missoula, MT) and a workshop (Cohesive Strategy Workshop, Reno, NV). With his work, and as a part of a bigger team comprised of OSU scholars and USFS scientists, he contributed in the report that outlines the newer Shared Stewardship Strategy of the USDA Forest Service (FS-118, 2018). After the destructive fires in Greece during the summer of 2018 where 100 people died, and before the devasting fires in California later this year, he gave an interview in the Corvallis Gazette-Times where he explained how his work can contribute in the improvement of fire risk governance, both in the US and Greece. Finally, he visited and worked in five western US states, while he also visited Washington DC to meet with key USFS scientists in the headquarters of the USFS. 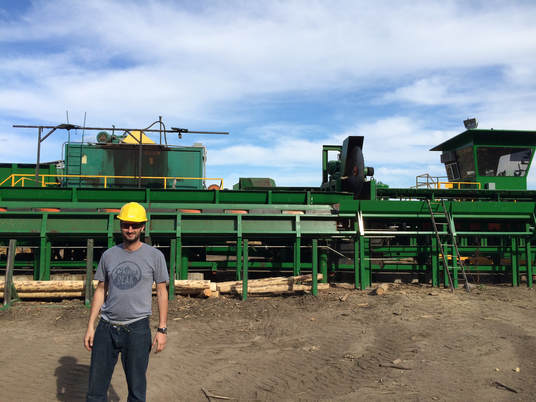