A Day in the Life: Kaden Ashdown

Explore Sabah, Malaysia with Kaden over the course of his internship during the summer of 2019.
​An Introduction
The last few weeks leading up to this grand adventure were filled with uncertainty. I still wasn’t sure if I was to stay in Borneo for just the two weeks of the faculty lead portion of the trip in Oil Palms + Orangutans: Forest Conservation in Malaysian Borneo or the added months for an internship under the tutelage of a jungle delving scientist. Professor Colin Maycock, the rugged Australian who has lived in Borneo for over 20 years, still hadn’t confirmed if I had a spot with his field crew. Five days before I left, with only a one-way ticket to the other side of the planet and no clear idea of when I’ll be back, I got the long-anticipated confirmation. He would indeed take me on as a research assistant. I flew out of Portland Airport June 13th and arrived back September 6th of 2019. I managed to milk out a whopping 12 weeks in Borneo, every day rich in new experiences and insights into life. My internship with Prof. Colin Maycock began July 9th and officially ended September 5th. During this time, I went to six separate forest reserves, four tropical islands, traveled extensively throughout the state of Sabah and explored every ecosystem available to me. The range of activities and responsibilities that flowed through my work schedule were just as diverse as the destinations that I traveled to, all however in a common vein of forest restoration and ecological research.

With Dr. Colin and his graduate students there was never a dull moment.
A Summary of the Many Hats I Wore
The host of locations that I stayed at were numerous and depending on the pressing work needs of Dr. Colin I would be sent off to assist a field crew without him. The beginning portion of my internship was spent building a seedling nursery in a thicket behind the University of Malaysia Sabah (UMS) Forestry Complex. The rag tag group of volunteering students, Dr. Colin’s kids and myself built everything from scratch. With an eye for minimalism and a heart for sustainability we repurposed refuse scraps of wood, gathered sawdust from scrap heaps, hand dug and carried buckets of pale red soil from a nearby hill, strategically arranged shade nets with bare wire strung between trees and enjoyed the progression which our hard work fueled. Fortunately, the Sabah work culture includes many breaks and only rarely was I without a working companion in which to share the unholy midday heat with. Work on this nursery continued throughout my internship as it was central in our preparation for a large-scale forest restoration project co-headed by Dr. Colin.

On one assignment that covered several weeks I was sent out, always with a jungle trekking companion, to collect seeds from a variety of fruiting trees in different forest reserves (Sepilok, Bukit Hampuan, Kota Belud, Mantanani Kecil and the Croker Range). As this was a rare mast year, a mysterious coordination among the trees resulting in a mass fruiting, and seedlings from native plants are an essential consumable in forest restoration work we collected as many as we could. After collecting and hauling out in large plastic bags the seeds. They would then be processed, sorted, packaged and sent back to our awaiting colleagues still at the nursery in UMS. This grueling work was also one of the most Indiana Jones-like experiences as we primarily seed hunted in the labyrinth of backcountry trails.

This was also the season of research expeditions. Professors, professional researchers and students all seemed to all be neck deep in one or more research projects. As I was in close quarters with Dr. Colin for weeks on end, I was living in his house when in Kota Kinabalu and shadowing a good portion of his work, he would send me out regularly to assist other research projects. This allowed me to gain a wider experience in field work and give him a breather. Having a handy volunteer willing to get their hands dirty, even to the point of picking out seeds from rotten fruit flesh that had rocket-like maggots leaping off of it, I was indeed welcomed. Through helping these projects, I gained field experience in mangrove forests, on dewy mountain top ridges overlooking the invisible boundary between Indonesia and Malaysia and within an island jungle more than 23 kilometers out in the South China Sea. Each project was a unique one and I relished the variety of topics, research methods and field procedures that I was able to sample. 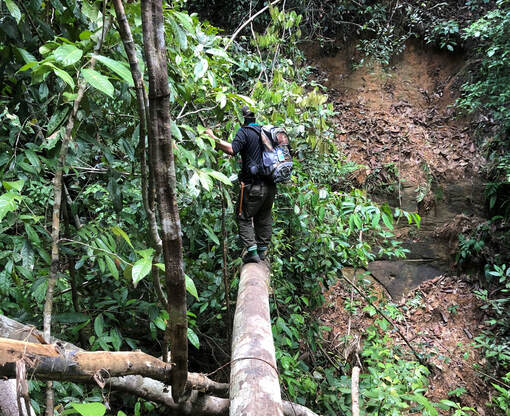 Darek Rek traversing a gulch in Sepilok Forest Reserve.
Seed Collecting
The assortment of collecting gear we carried with us included a half dozen large plastic bags, a human sized slingshot or bigshot, many meters of quarter inch thick line, a handful of lead fishing weights, a fishing rod with strong microfilament and a liter each of water. All except for the water and plastic bags, the rest of the gear was to be used in throwing a line up over a tree limb for the use of shaking out seeds. In general collections without a specific target species to acquire seeds from, we simply brought the plastic bags and water focusing on the quicker method of pure ground collecting.

The showier method of collecting utilized the giant slingshot in an exciting way. Upon finding a tree which required extensive harvesting we set about securing the fishing line from our rod to our lead weight, found a clear avenue to shoot for an outlying branch and readied the bigshot. I donned a leather glove on my right hand, put the lead weight into the small pouch of the sling, pulled the pouch down as far as I could muster, took careful aim and released. Whoosh would go the weight, carrying with it the fishing line. Up and up it went in a lazy arch, hopefully, over the desired branch and then back down to the forest floor. Sasi would then bob the line with the fishing rod which would jerk the lead weight up and down. At the lead weight with the backpack full of larger line with me I untied the fishing line to the weight and fixed it instead to the end of the stronger line.

Much like fighting a big fish, Sasi would then reel in the fishing line and in turn replace the weaker fishing line looping over the branch with a line we can yank on. When both strands could be grabbed, we would then shake the branch and release the seeds that it held. Taking turns, we would shake until no further seeds rained down. Then we’d pick up the goods and store them in one of the plastic bags which we’d carry with us out of the forest. Both Sasi and I would switch off on using the bigshot every now and then to rest our hands. Even with the protection of the glove the force needed to pull down the elastic and the force produced when it shot up could hurt our hands, leaving our fingers sore and ruffed up.

The benefits for using this bigshot method of collecting seeds instead of scavenging around the ground over a large area were many. In selecting a specific tree and marking it on our GPS unit we gave ourselves the chance of collecting useful data. The seeds collected, which were also tagged, could then be traced back to a specific mother tree. Along with tagging trees, other collectors would know which trees had already been collected from and could focus their attention on collecting from a different area. Over a long period of time and a large sample size the data accumulated could be used in a research aspect and help fuel further conservation efforts. If further data collection is performed for the planted seeds many research questions may be answered as to seedling performance, restoration success and other such questions.
Seminars
Every few weeks a guest researcher would present on their research in Borneo. As these seminars were excellent ways in which to learn about new research methods focused on the unique environment of Borneo forests, I found them incredibly pertinent.  Almost always there would be delectable snacks and coffee to be had before and after the presentation as well. The way almost had a ceremonial feel to them and gave the hosts a great opportunity to chat with the guests. I was lucky to have both a free lunch and a chance to talk in person to the researchers themselves.
​The End of a Full Day
After a lovely day of jungle trekking and seed collecting it was time to settle down for the night. Another bathing trip to wash away the sweat and grime of the day, a good planning session with Sasi for what to expect for the next day and a fun chat with the other FRC workers was the usual course of the evening. Tired and happy with a good day’s work I would then drift thoughtlessly into sleep and on to the next day. 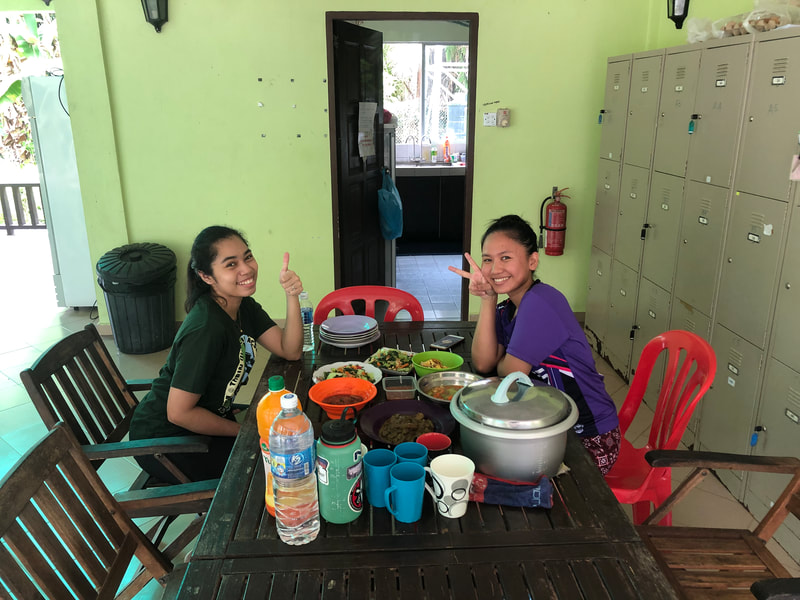 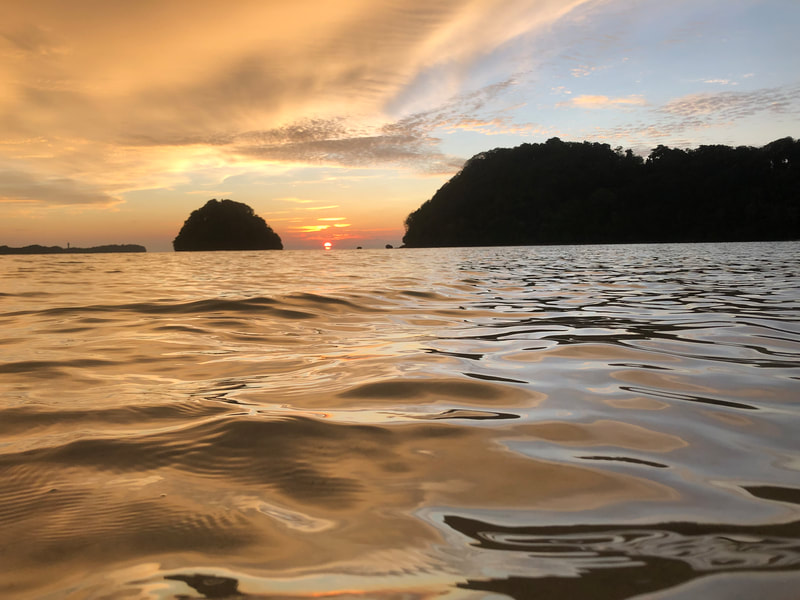 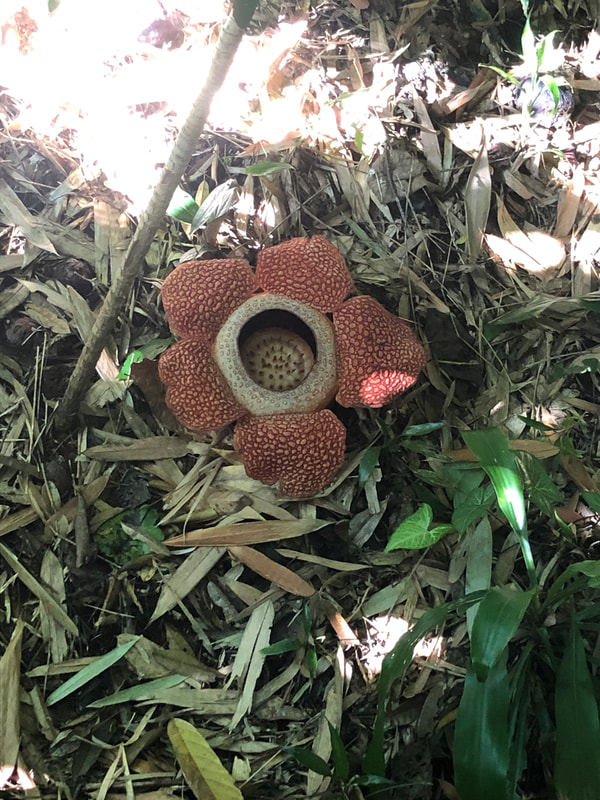 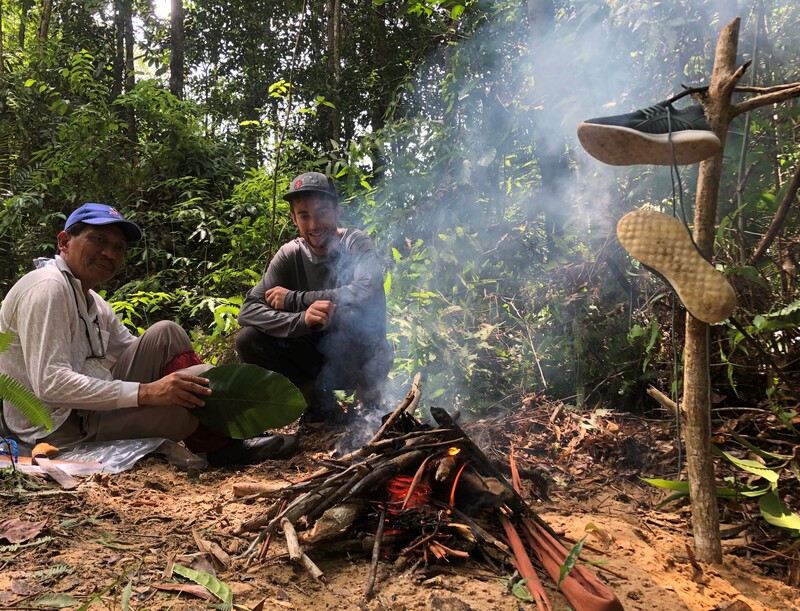 Also check out this video of Kaden's experience abroad!