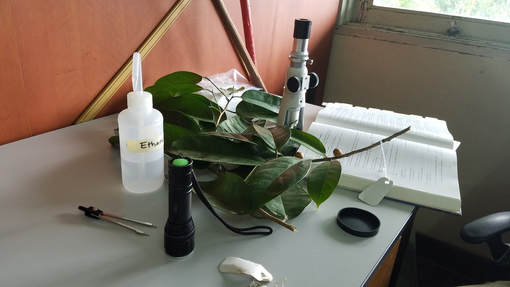 Ben Carson is a senior Natural Resources major with a specialization in watershed management from Salem, Oregon. During the summer of 2018, he and thirteen other OSU students took off for a two-week journey through Malaysian Borneo.
The students on this program landed in Sabah, the northernmost state of Malaysia on the island of Borneo. Over the next two weeks, they traveled all over visiting community organizations, forest reserves, research stations, and more to learn about the struggle present in Malaysia today between wildlife conservation and economic development. Borneo and the neighboring island of Sumatra are the only two locations on Earth where orangutans still roam free. However, oil palm is an ever-expanding industry in Malaysia that offers a boost to the country’s economy and a product that is in high demand globally: palm oil. This program exposed students to both sides of this issue that is occurring at one of the world’s hearts of biodiversity.
Carson initially applied to this program because he had always wanted to travel internationally and he knew one of the faculty leaders of the program, Dr. Ian Munanura from CoF’s Forest Ecosystems and Society department. Ben ended up staying on for a summer internship with the Sabah Forestry Department working in the Forest Research Center. He came out of this international experience with a more solid grasp on what he wants to pursue as a career because of his internship focus on eDNA sampling in river fish and the two-week faculty-led program! He says this program has been extremely applicable to his degree because everywhere they went, he could see how his specialization applied. Overall, the trip was one big learning experience about natural resource management for him. Carson also really appreciated the opportunity to step back from Oregon and experience a different perspective on how we manage our forests here at home.
When asked about his favorite parts of the trip, Ben mentioned the Danau Girang Field Center, located within the Lower Kinabatangan Wildlife Sanctuary on the Kinabatangan River. DG is a collaborative effort between the Sabah Wildlife Department and Cardiff University in the UK. Ben loved the opportunity to get to experience field work firsthand and hear from the researchers there about their projects. It was like “a bunch of awesome job shadows,” he says. In fact, Ben’s favorite moment of the trip came from a night boat trip on the Kinabatangan. He got to accompany several researchers while they released a reticulated python back into the rainforest and watch for wildlife during dinner on the riverbank, a night he insists is his favorite story from the entire trip! 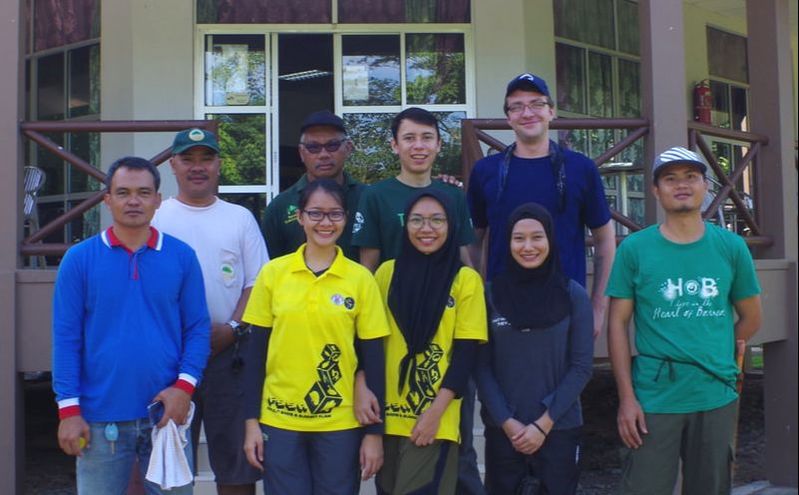 Ben gained many skills from this experience, including working on and making it through the application process, something he claims he did not think would happen. He says that has helped develop his professional skills and helped achieve his goal of networking more; something the program forced him to do while on his internship and during the two-week program with people he barely knew. However, Carson says this program allowed him to play it as safe as he wanted or step as far outside of his comfort zone as possible. There was a little bit for everyone.
Ben is already planning his next international adventure. When asked if he would recommend the program to other students, Carson said “this is an opportunity that people don’t get anywhere else. I absolutely recommend it to anyone who is remotely interested. You see crazy stuff every single day. [I’ve] watched Planet Earth but I never thought I would see things like that…a dream world that was inaccessible, but somehow it was accessible!”

Learn more about opportunities in Borneo