In December 2018, student Amy Wilkins traveled on a faculty-led program to Costa Rica and learned about sustainable farming and created connections in nature. 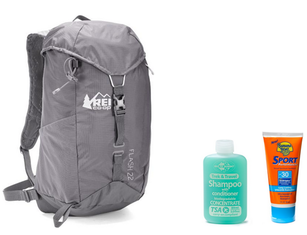 10/14/2018
Preparations for Costa Rica have begun. I’m trying to find time to learn some Spanish using the Duolingo app on my phone. So far, it’s going pretty good with what is being taught but I’m not sure how much it’ll help while in Costa Rica. When I’ve travelled to a different Spanish-speaking country the language was spoken so fast that even words I had learned were hard to understand.
When travelling by airplane I don’t like to have my luggage checked so instead, I cram everything into a carry-on; this makes getting through customs faster because I don’t have to wait for the luggage to come through baggage claim.


11/14/18
Our study abroad to Costa Rica is fast approaching! It’s already week eight of the term. It’s going by so fast!
Once the equipment list came out for the trip I realized I didn’t have all that was recommended so I have been slowly getting things. Some of the items were things I had been meaning to get so it’s worked out. Now I just need to organize what I’m bringing into one carryon size bag. I’m flying with United Airlines and it seems their carryon size is slightly smaller than other airlines. It’ll be interesting to cram everything into one bag. I can do it though!
I have continued to work on my Spanish language skills. At this point I can ask where the bus is, that I need a table for three, and that your son is very intelligent, among other things. I find learning a new language fun and interesting. Some words are like English whereas others are nothing like our English word. I think once I’m surrounded by people speaking the language I will be able to piece together conversations and understand the gist of what people are saying.
Luego!

11/29/18
Just yesterday I realized that in just over a week I’ll be on my way to Costa Rica! I’ve been busy finishing up class projects and studying for finals so it snuck up on me. Right now as I’m writing I’m looking outside my window and it’s snowing outside. Looking forward to warm weather!
Today, I got a few things together I’ll be taking with me to Costa Rica including bug spray, sunscreen, and biodegradable shampoo (all in TSA approved carryon sizes). I really hope the bugs aren’t too bad while we’re there and if they are, I hope their bites don’t itch too much.
At right are some of the items I’ll have with me: a light day pack, biodegradable soap, and sunscreen (both travel-sized!)

12/8/18
I'm sitting at the Redmond airport waiting for the first leg of my journey to Costa Rica. I got all my bags packed up and was able to fit everything into a carry-on ( I hope I remembered everything). My flight leaves at 18:55. Prior to coming to the airport I began to feel nervous about my trip. Probably because I dont really know what to expect. I know there's going to be hiking, rafting, and learning to surf but there is still so much unknown. I'm used to having everything planned out to the day when i go anywhere so this experience has me uneasy. Hopefully my nerves will subside.
I am looking forward to being in warmer weather. I may want to stay there since it's been in the teens here in Bend and that's what I'll be going back to after the program. Also, just this week I realized there's a good chance I might get to see monkeys! Monkeys! In their natural environment!
It's going to be a long night! 3 hour layover in Los Angeles and Houston, but then onto San Jose, CR! Hoping I can find some time to sleep on the plane. I probably won't be able to though (fingers crossed). I've been on an 8 hour overnight flight and couldn't sleep... At least I can kind of function on minimal sleep. I'll be boarding my plane shortly.
Yay for monkeys!


12/10/2018
Today we had to wake up bright and early to be able to pack up, eat breakfast, and be in the bus to leave our homestay in San Jose by 7am to go to our next destination, Santa Maria. Last night we were kept awake by a rooster that started cockadoodledoo-ing at 2am and by the dogs barking throughout the night. Needless to say nobody got much sleep. Oh well.

We made our way to Santa Maria on our bus via narrow, winding roads. When in the Cartego district, we came upon a stop sign and there was a small white dog sitting on the side of the road looking very pitiful at all the cars as they drove by. Pablo, one of our guides, told his cousin Ernesto that he wanted it. Ernesto and Andrew got out of the bus, picked it up, and brought it on the bus with us. We now have a tour dog! He was later given a bath to get rid of his fleas and was named Guarco.
We're staying at Casa Parra with Rafa, DonnaMaria, their granddaughter Valentina, and other members of their family. So far, no roosters have been seen 😉.

We took a tour of a coffee (café) plantation and got to strap baskets around our waists so that we could pick some coffee beans (cherries). We picked for about 20 minutes and the amount we got was equivalent to only $4 dollars, or 100 cups of coffee. We then went to the place where they wash, de-pulp, dry, peel, and roast the beans. We even got to buy some Costa Rican coffee! Seeing how much went into preparing coffee made us all appreciate that coffee, along with other foods we buy, each have multiple phases to go through in order so that we, the consumer, can purchase it. In the future, I will make more of an effort to purchase products that are sustainably farmed.
We spent the afternoon relaxing at the homestay and I learned how to play Phase 10. Going to be seeing more farms tomorrow!


12/26/18
My time spent in Costa Rica has now come to an end. It's now been a week since I was there and I miss it. I've never been one to miss anything before but Costa Rica now holds a special place in my heart.
For four days we were in the jungle without the conveniences we have in the states. I had no phone, no watch, nothing electronic and life was good. I was present in every day and I feel like I was being my best self while there. I was happy, singing and laughing. The experiences I had are ones that I will remember for a long time. I got to hike through the jungle, stay at the homes of locals, eat fresh fruit, rappel down a waterfall, learn about the flora and fauna of the area, whitewater raft down the Rio Savegre, and even learned to surf.

The showers were cold, the dogs and roosters loud, and the bug bites abundant but I wouldn’t change it for the world. I learned to embrace it all. I woke with the sun and even got used to the jungle grunge and stiff hair.
Experiencing the culture by staying in homestays is something I will attempt to do in the future if traveling to another country. By staying in the homes of local peoples, I really began to understand the culture and was even beginning to learn the language. I think people try to stay within their comfort zone when travelling, but if you step outside your comfort zone, you will have a better feel for what the culture is actually like, not just what you see walking around town.
The things that I will take away from this trip and incorporate into my home life are many. Not using electronics as much, eating healthier foods, embracing nature. I think all too often, with our electronic world, we forget to embrace the natural world around us and make memories in these places.
On to the next adventure.... 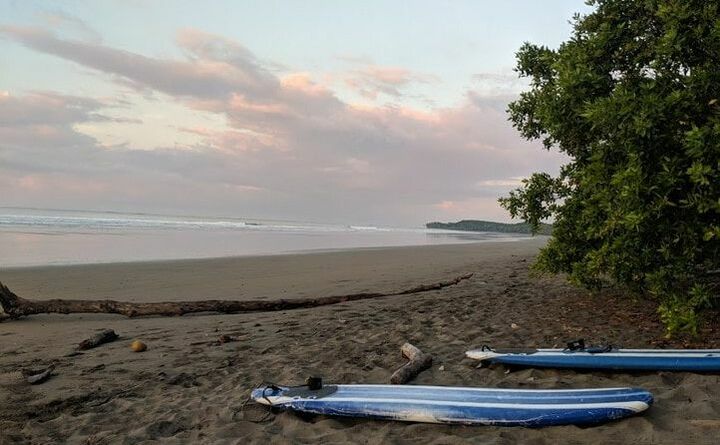 Check out our current faculty-led programs!